Multi-awarding winning comedian Jay Martin inked a spectacular deal with legendary Jamaican actor and comedian Oliver Samuels in June 2020. The deal includes a package of film and television projects which includes a trilogy of feature films including “Destination Wedding” – a romantic comedy. “Oliver In Charge”, a television sitcom is currently in pre-production and slated for television release in 2021. This hilarious sitcom series follows Martin’s character who plays Oliver Samuels estranged son.

“Oliver In Charge” and “Destination Wedding”, along with two additional films to complete the trilogy, will form the basis of Ajahmae Live Entertainment Inc.’s foray into film and television. Martin is intent on establishing and growing a successful production company that will develop and produce exceptional comedic content. His TV and film projects will build on his wholesome family brand as he extends his audience in this space both in front of and behind the camera.

We need your help.

Support the making of the TV trailer and show pilot for “Oliver In Charge” – a hilarious sitcom showcasing clean Caribbean, Canadian comedic content. 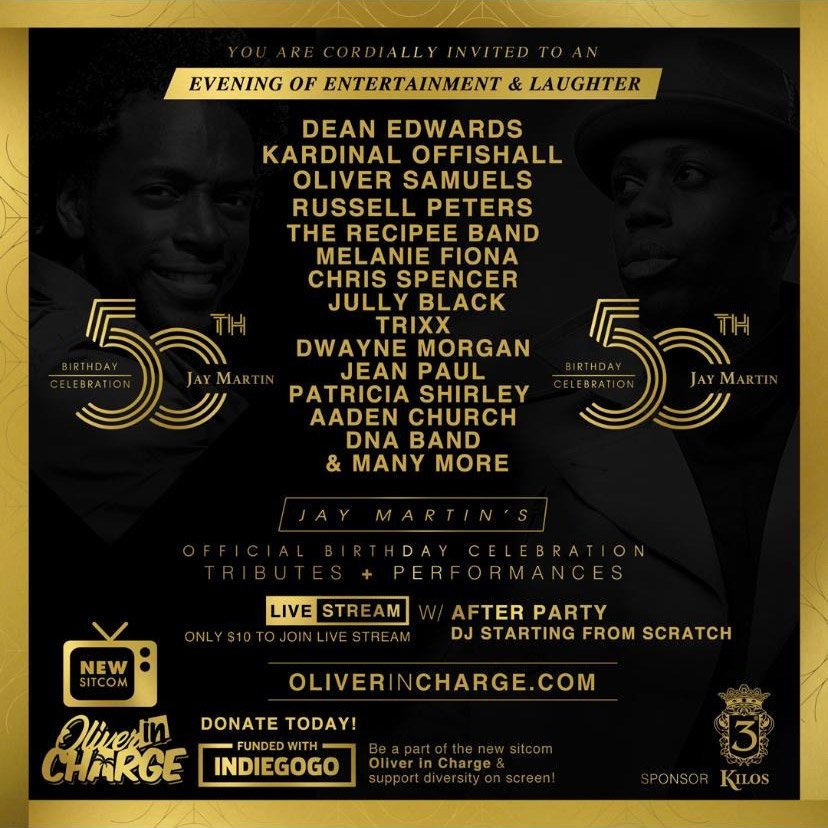